Indigenous Knowledge Systems can be used as a tool to enhance and promote the rich diversity and complementarity of Nigeria and South Africa’s respective cultures, home-grown philosophies, and indigenous languages as resources for social cohesion, unity, job, and wealth creation.

For the continent to industrialise, South Africa and Nigeria, as two of the two biggest economies in Africa, must lead the charge and put into place mechanisms and interventions to mitigate the current challenges of poverty, inequality, and unemployment.

The two continental giants, with their buoyant economies and vibrant youth, are poised to change existing perceptions about the developmental trajectory of the entire continent. They are better placed to deliberately work together to demystify the stigma attached to the notion that Africa is rich with mineral resources, yet remains home to the poorest people in the world.

A lot has been written about this narrative, but little has been done to change the narrative. In one of his many inspiring quotes, Nelson Mandela reminds humanity that “like slavery and apartheid, poverty is not natural. It is man-made, and it can be overcome and eradicated by the actions of human beings. And overcoming poverty is not a gesture of charity. It is an act of justice… Sometimes, it falls on a generation to be great. You can be that great generation. Let your greatness blossom.”

It is upon the current generation of our youth to eradicate the scourge of poverty, but they cannot do it alone. They will need the support of those who did it before, including the support of government, private sector, and other key institutions and stakeholders.

In 1675, scientist Isaac Newton wrote a letter to associated scientist Robert Hooke which contained this powerful quote on succession, support, and mentorship: “If I have seen further, it is by standing on the shoulders of giants.” What this means is that in order to gain more insights about what needs to be done to overcome poverty, the youth of today can tap into the wells of wisdom of those who have come before. Similarly, they too should leave the traces of their footprints for posterity.

The youth of Nigeria and South Africa share similar developmental challenges, and common aspirations. Many of the youth in both countries are armed with a multiplicity of skills which can be exchanged and shared among themselves through various training programmes. They possess enough energy to contribute to the growth of their respective economies through a variety of activities.

According to Young Africa Connects, before the end of the 21st century, more than a billion young people will reach working age, making it the largest labour market in the world. As the job market becomes competitive, employers expect African youth to have relevant and employable skills. However, the notion that African youth lack skills is often grossly misplaced, and only linked to skills that are required in the formal workplace.

Today, most African youth possess skills, but they do not match skills required in the workplace — this must not, therefore, suggest that they are unskilled. They are just skilled differently, outside the often Eurocentric definition of what constitutes a skilled person.

Individually and collectively, the youth of today are able to make things happen for themselves. What they require is the necessary support from both the private sector and government.

Both South African and Nigerian youth are ambitious, enthusiastic, energetic, and promising — they are an asset. Many of them are tech-savvy and involved in online business activities through social media. Today, it is not unusual to buy a variety of products through social media platforms. Those who are not involved in online business platforms are selling products including food, clothes, accessories, and hair and beauty products. They are active and vibrant contributors to the economic growth of their respective countries. However, they are considered vulnerable in society because of the rapid pace of change they experience at this time in their lives.

The unemployment or unemployability of youth in Africa aggravates efforts made by governments to grow their respective economies. This phenomenon has also led to social immoralities among the youth themselves.

Bringing the youth of both countries together is essential in mitigating and circumventing the prevalent social immoralities borne by unemployment. There is a lot that can be done to advance the course of the youth. One area that has received little attention among the youth is the appreciation and understanding of Indigenous Knowledge Systems (IKS).

IKS can be used as a tool to enhance and promote the rich diversity and complementarity of their respective cultures, home-grown philosophies, and indigenous languages as resources for social cohesion, unity, job, and wealth creation.

The concept of IKS refers to bodies of knowledge, technologies, skills, beliefs, and value systems, including home-grown philosophies, produced locally among the diverse cultural communities in both South Africa and Nigeria, and traditionally transmitted orally from one generation to the next.

IKS, therefore, are outcomes of generations of diverse cultural communities’ long observation, experimentation, and lived experiences in the symbiotic relationship between their cultural and natural environments. These knowledge systems and home-grown philosophies are stored and articulated in a diversity of indigenous languages, art forms, food cultures, textile designs, healthcare, and wellness practices. For example, the youth of both countries can host, on a rotational basis, indigenous food and music festivals, indigenous knowledge exchange programmes on herbs, indigenous textile fashion shows, art and film festivals.

These are tangible and pragmatic programmes in which partnerships can be sought with the private and public sectors of both countries. As a matter of fact, Africa in general, and South Africa and Nigeria in particular, have always been sources of creativity and inspiration for non-African global designers, musicians, painters, and other categories of artists.

Yet the continent accounts for about only 5% of the global market for these industries, and the role of the private sector has been minimal in the promotion of these industries for job and wealth creation among the African youth. Such projects will be key in building joint IKS-based business and investment programmes for social cohesion, unity, job, and wealth creation.

Clearly, if the youth of both countries can be organised and brought together under one umbrella to engage, much can be achieved between the two countries.

The philosophy of building on the indigenous is not necessarily what is traditional, but whatever the youth in both countries, in their cultural and ecological diversity, consider being an authentic expression of themselves as Africans, and as a conduit to bring them together towards a common good. This is based on the consideration that Africa’s history of slavery, colonisation, apartheid, and other forms of imperialism including globalisation, destroyed the sense of confidence among the African youth and further divided and polarised them.

The marginalisation of diversity of African cultures is inextricably linked to that of African IKS, including home-grown philosophies and indigenous languages.

For many years, Africa’s rich diversity of cultures and languages was portrayed as a developmental problem rather than an asset in the complementarity of knowledge systems in the search for sustainable solutions to global developmental challenges.

The African indigenous languages have been reduced to mere tools of communication rather than as repositories of indigenous scientific, technological and innovative knowledge systems for sustainable community livelihood and development.

The inherited colonial and apartheid formal education perpetuates this marginalisation by looking at African IKS and African languages as unscientific and primitive, and promotes the acceptance of a Eurocentric approach to education. This is despite the fact that the majority of Africans, including the African youth in the marginalised communities of the two countries, still depend on IKS for livelihoods.

For example, for food security, there are still patches of vegetable gardens in many families, and in as far as healthcare and wellbeing are concerned, most of the ingredients used are sourced from indigenous plants. These are among the tangible IKS-based forms of living and income generation.

The idea to bring together youth from both countries is, in part, based on the increasing realisation that despite the rich diversity of cultures associated with IKS in the two countries, coupled with the high level of potential inherent in South African and Nigerian youths such as their digital knowledge, skills, and interest in ICTs, there are limited strategic platforms focusing on promoting the role of youth-led cultural and creative industries to mitigate the challenges of youth unemployment, poverty, and inequality, including competition for scarce socioeconomic resources and other life opportunities.

These persistent challenges, if left unattended, could lead to other forms of conflict among the youth as they compete for limited resources. Through an organised dialogue, they can come together and create opportunities for themselves and those who will come after them.

The Covid-19 pandemic has greatly affected the cultural and creative industry worldwide, and this is where the majority of the marginalised youth are engaged. In this regard, it is important that the private sector of both countries support these initiatives.

South Africa and Nigeria, as two of the largest economies in Africa, can leverage on their sizeable, diverse, and dynamic private sectors to facilitate and support the building of youth-led digital cultural and creative industries for job and wealth creation in times of the pandemic. To take the first step in realising such a form of social cohesion, there will be a need to develop a database of identified/relevant youth organisations, the private sector, and other stakeholders in both countries as champions who could promote and contribute to the effective implementation and impact on the project initiative.

It will also be critical that a concept note is shared with the private sector and other stakeholders, in both countries, outlining the methodology to be used towards achieving the enhancement of social cohesion between the youth of South Africa and Nigeria through IKS. Furthermore, establishing a steering committee and focal points, comprised of stakeholders from both countries, including the private sector will be key in driving the process of establishing a formal platform where the youth can come together.

Convening a youth task team and convening regular meetings will assist in setting the ball rolling towards formal engagement about pragmatic programmes. The task teams may be established according to Communities of Practice (art forms, food cultures, textile designs, and so on) to profile the rich knowledge and skills among the youth in both countries which could contribute to the establishment of digital cultural and creative industry platforms for job and wealth creation.

A concise and unambiguous roadmap will become a strategic mechanism to implement the project initiative, including building partnerships with diverse stakeholders. Through an organised platform/dialogue, the voices of the youth will be strengthened, their role in society will be clearly defined, their commitment to being creative will be revealed.

After all is said and done, the youth of South Africa and Nigeria carry with them great potential to build on what the two groups have achieved in their bilateral relations. They are poised to ensure that they do their bit in building a sustainable future through the indigenous, in transforming the rich diversity of the natural, cultural, and linguistic resources of South Africa and Nigeria into goods and services for social cohesion, job, and wealth creation.

Dr. Bobby J Moroe is the deputy high commissioner of South Africa to the Federal Republic of Nigeria. He holds a PhD in Political Science.

The original article was published in The Daily Maverick 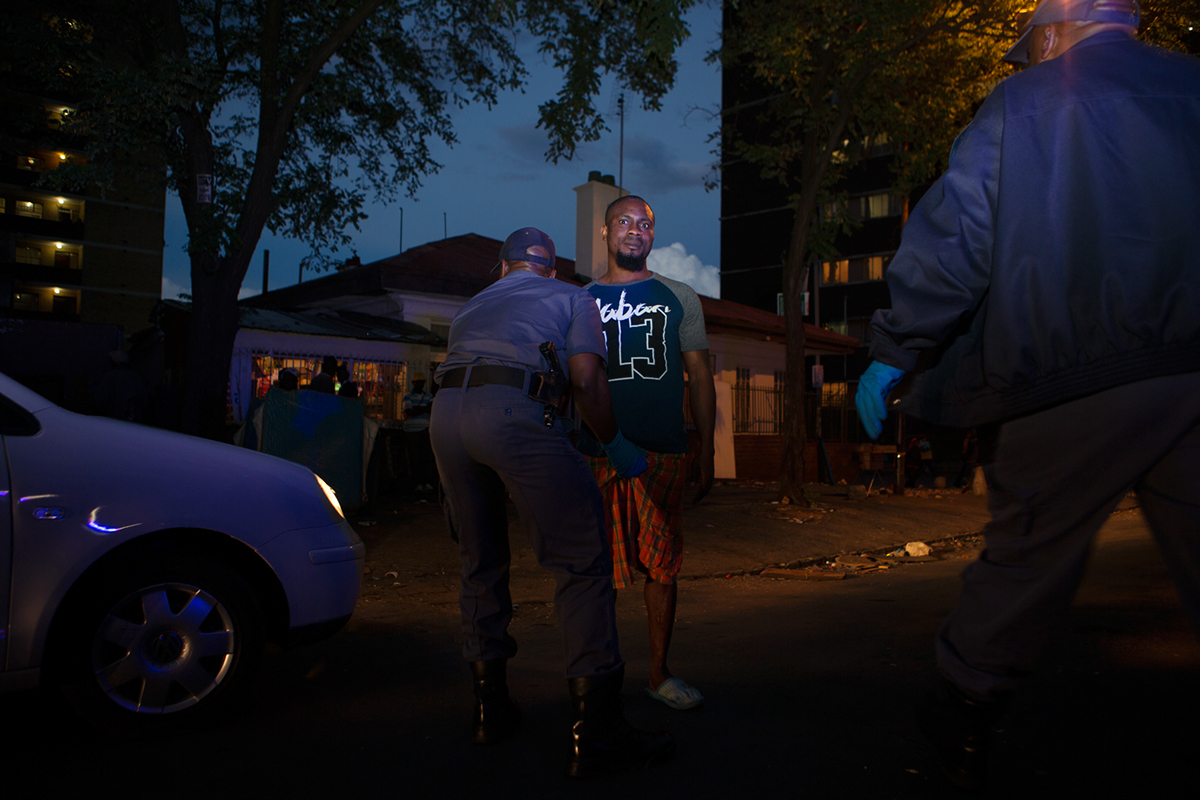 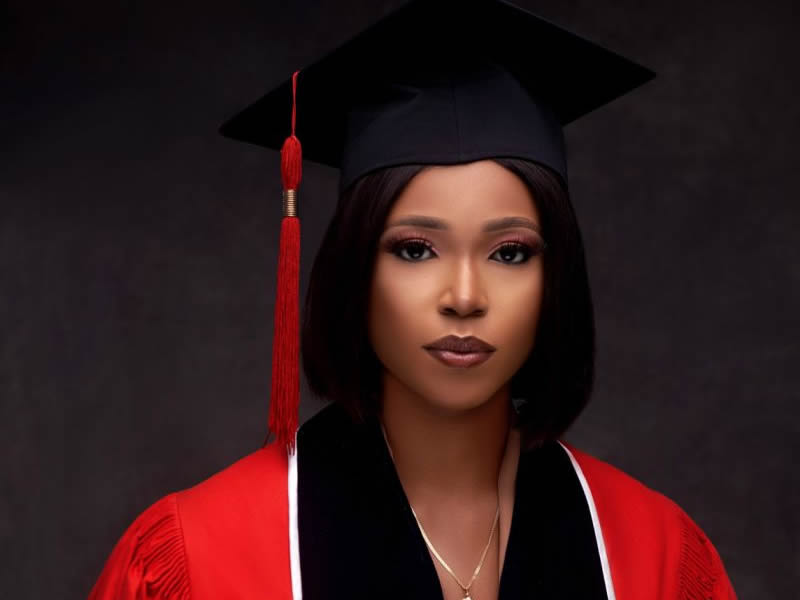 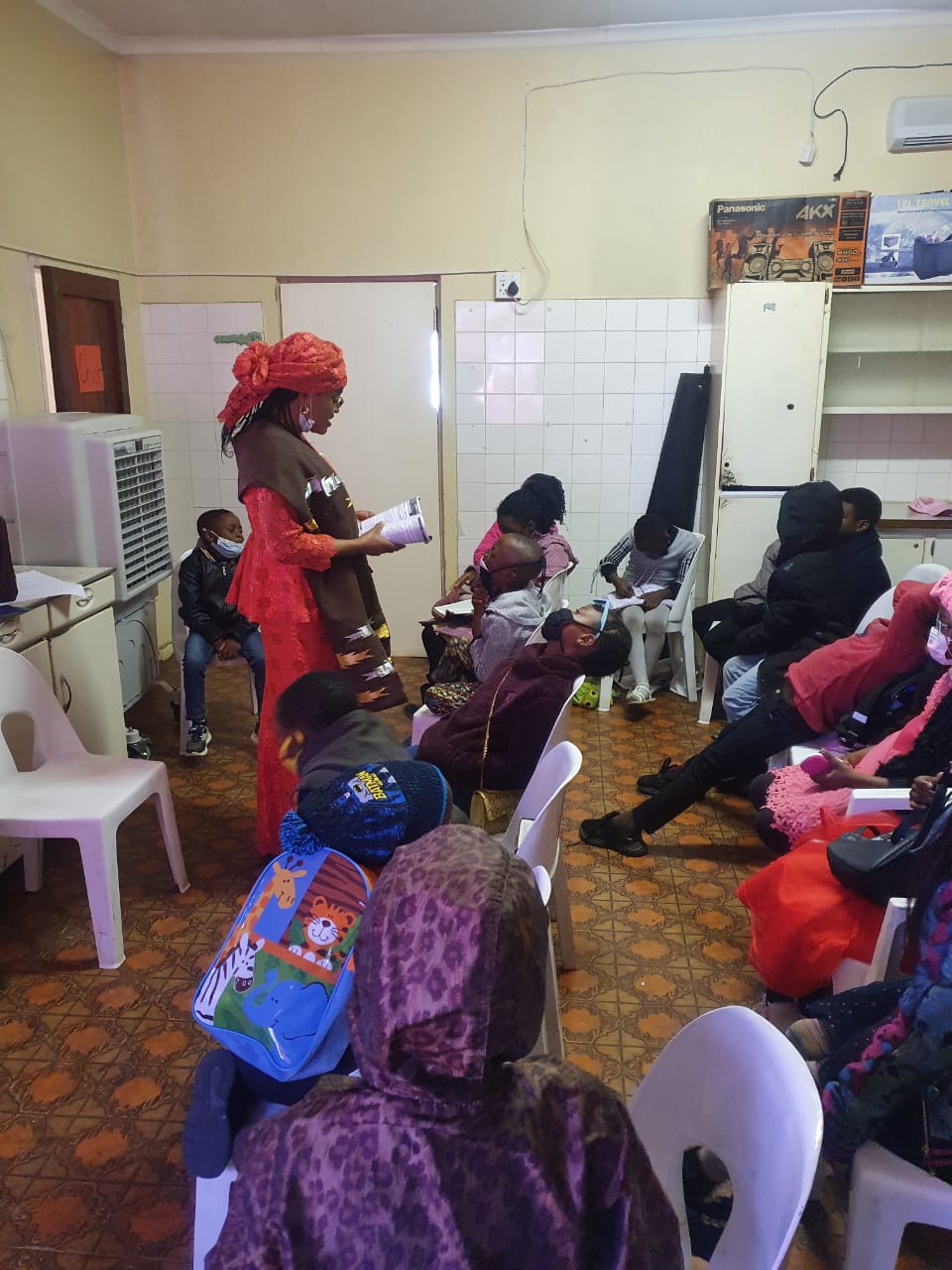