#AfricaDay: What is it like to be a Nigerian in South Africa – Part 2

In this second part, we take a look at the experiences of some of the musicians.

According to the Department of Arts and Culture South Africa has diverse and dynamic art and cultural heritage and it’s one of its richest and most important resources, with the capacity to generate significant economic and social benefits for the nation.

And a lot of foreign musicians that have called this country their home contribute to the arts and cultural heritage.

Nelson Enaiho says his experience as a Nigerian in South Africa has been a great experience however challenging but educating.

“It’s a great experience living in South Africa as a Nigerian. It’s a bit challenging but at the same time, it’s educating for us too. Because the system has taught us how to improvise, how to live, how to survive in the system and survive in this country. It’s very difficult to break into the circle so all we do as Nigerians is put our stuff together, our plan together so we can survive we put our plan together to enter the circle and now some of them are now buying into what we do. They like our style. They don’t have any other choice.”

As in part 1 of the series, the issue of permits was mentioned a few times and it also affects musicians.

“The other challenging part is the permit part whereby when you want to go for international gigs you find it difficult to travel because you do not have a permit. But all the same, God has been helping us and we have been pushing and were surviving. We are able to perform with some of the local artists such as Zahara, but thank God they like us they like what we do. And we are surviving by His grace,” adds Enaiho.

A musician, who has played in most of the country’s big stages, Olufemi Sax Gospel, residing in Pretoria west talks about the difficulty of being in the country especially with not many opportunities for musicians.

He has been in the country for 15 years.

“God bless Nigeria God bless South Africa, to have stayed in South Africa is not easy unlike other European countries or western countries. The reason being that there is not much opportunity here. Because if you are not creative with your own ideas you can’t work anywhere.”

Olufemi however asks for Africa to unite and for everyone to work in unity. “So let Africans unite and let us work together to start in unity.”

“I love jazz but I’m a session musician as well-meaning I play all styles of music as much as possible,” says Amaeshi Ikechi based in Johannesburg and has been in the country for almost 13 years, since 2007. Ikechi says there are many sides to being a Nigerian in the country.

“For me what it means to be a Nigerian in South Africa there are many sides to it. Personally, it’s been a blessing for me being in South Africa because of what I do today and probably 80-85% of what I have come to learn about my trade as a musician, I learned in South Africa with the help of South Africans and who have shaped my growth in many different ways so that is the first aspect I would like to allude to that is very positive. Of course, there are a lot of issues with Nigerians living in South Africa because there are a good number of Nigerians who engage in illegal activities and those things end up damaging the reputation of Nigerians. So that is so unfortunate. But that being said, I’ve worked in the music industry since I have been here and I do not remember getting a gig or losing a gig specifically I’m a Nigerian. Well maybe it happened but I didn’t hear about it. I have not personally been treated adversely in the industry I operate in just because I’m a Nigerian so that is positive for me.”

Ikechi says it is important for any foreigner coming into a foreign country not to think of themselves as a foreigner or feel victimized.

“I think the other side of the picture which I would like to talk about is the mindset. It is almost natural for anyone who has left their country to go to another country to be somehow conscious of the fact that this is not my country. And if something happens around you, you certainly will first look could this be because that I am not from here? Could it be because I’m a foreigner? A lot of times it could be like that but my point in talking about this is there came a time when I had to consciously say to myself I have to stop thinking of myself as a foreigner or addressing myself as a foreigner or feeling victimized as a foreigner because somehow it puts a form of a limit on my mind personally and this is my own mind and no one else has control over it. So it’s a long journey, it’s not an overnight thing. I have recorded some successes just working on that mindset.”

“If I do not have an ID there are certain things that I do not have access to but that doesn’t mean those things are eternally impossible to get. There are good and legal ways to work and achieve certain things. So what would probably take 10% effort for a Southern African to do I realized that I would probably have to do 70%  and show maybe 100% more commitment to it over the South African to be able to survive in that space. Since I have had that mindset it has made me better. Knowing that there is no father’s home to run too quickly so I’ve got to do what I’ve got to do. Yes of course if you are a foreign national driving with a foreign national driving license you will, unfortunately, feel what it means to be a foreign national in South Africa many times. But since I have applied for a South African driver’s license I don’t feel nervous when the cops stop me. It shows that you are integrated and legal,” Ikechi adds about the reality of not having an ID in South Africa and not being a South African.

“There is definitely not enough work for all the musicians in South Africa. Sometimes if you’re a foreign national on every page there is some jealousy but personally, I have not been confronted with that. Only once I was on tour in Limpopo many years ago and when we were supposed to take accreditation the ladies discovered that the drummer and myself were foreigners and it became awkward.”

“During the xenophobic attacks in 2008 I got into a taxi and as soon as we got into and we said a word everyone knew we were Nigerian and the conversation and mood changed. We were very terrified. It’s sad enough that some people believe that the presence of foreign nationals is the cause of the economic problems. It’s a reality. In general, it is definitely better to live in South Africa than Nigeria at this moment which is a shame. Nigeria is my country but what I hear about it is appalling. Here in Sa I still have a good degree of rights as a foreign national.  I’m grateful for the system and everyone who has influenced my career one way or another and everyone that has given me a platform to become who I am as a musician. By the grace of God, I have a career. Not all South Africans are not xenophobic. There is an underlying problem with the way Africans view each other. I pray for the peace of this country, I pray that the country will begin to grow. To know that every foreigner, especially those doing the right things,  are contributing to the economy of the country.”

Kayode Saxokay Ogunkoya, another musician based in Johannesburg who has been in the country for 15 years, says every experience comes with a challenge. He talks about the negative aspect of Africans discriminating against each other.

“My experience in South Africa has been good. Also, every experience comes with a challenge on the side. As an African person living in South Africa, we have seen discrimination to some extent but we can not really blame everything on the country. The level of unemployment and mismanagement and bad leadership sentiments, emotions placed over humanity has caused a lot of problems somehow. Looking at South Africa,  it’s a very good place but the government needs to come out to its people and say these other African brothers are not a problem, they are not the problem in any way. But South Africa has been a good place and thank God I’m here.”

However, Saxokay acknowledges that this country is a fertile land with a lot of African talents flooding here.

“South Africa is a fertile land that should be like America in Africa but unfortunately we are yet to look at it in that direction. We have a lot of  African talents flooding South Africa and they should be given fair treatment. Many African migrants are not getting permits not because they didn’t apply but because a system was set in place to reduce and prevent them from getting it. This we appeal to the government  to redress it soonest.”

“Forcefully reducing the population of African migrants in SA will not increase job availability in the country, rather reduce jobs and shrink the economy because the majority of these migrants are creating small jobs from petty trade and small businesses. Also strategically sweeping out African migrants will make SA Business hub white-dominated space and the rest will pay the price….” 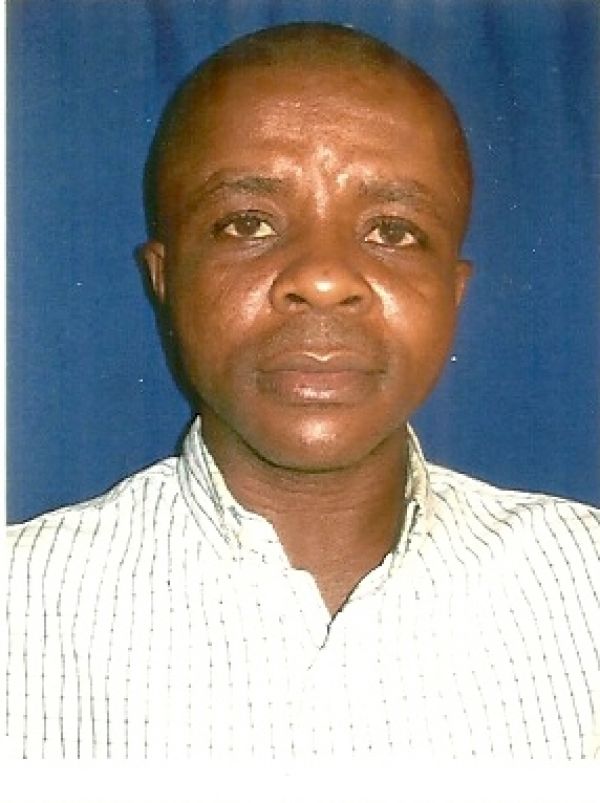 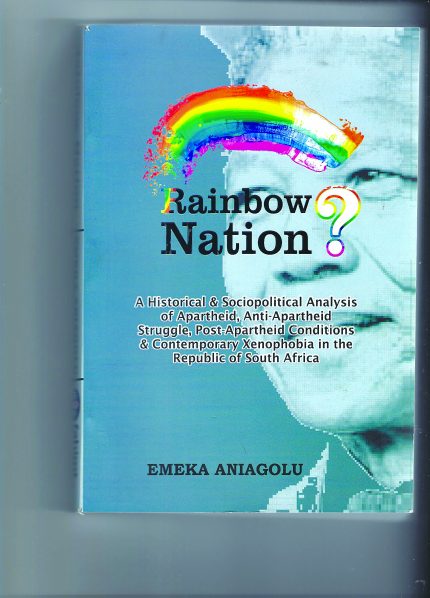 By Bridget Chiedu Onochie, Abuja Bureau Chief Rainbow Nation? is a historical and sociopolitical account of the apartheid… 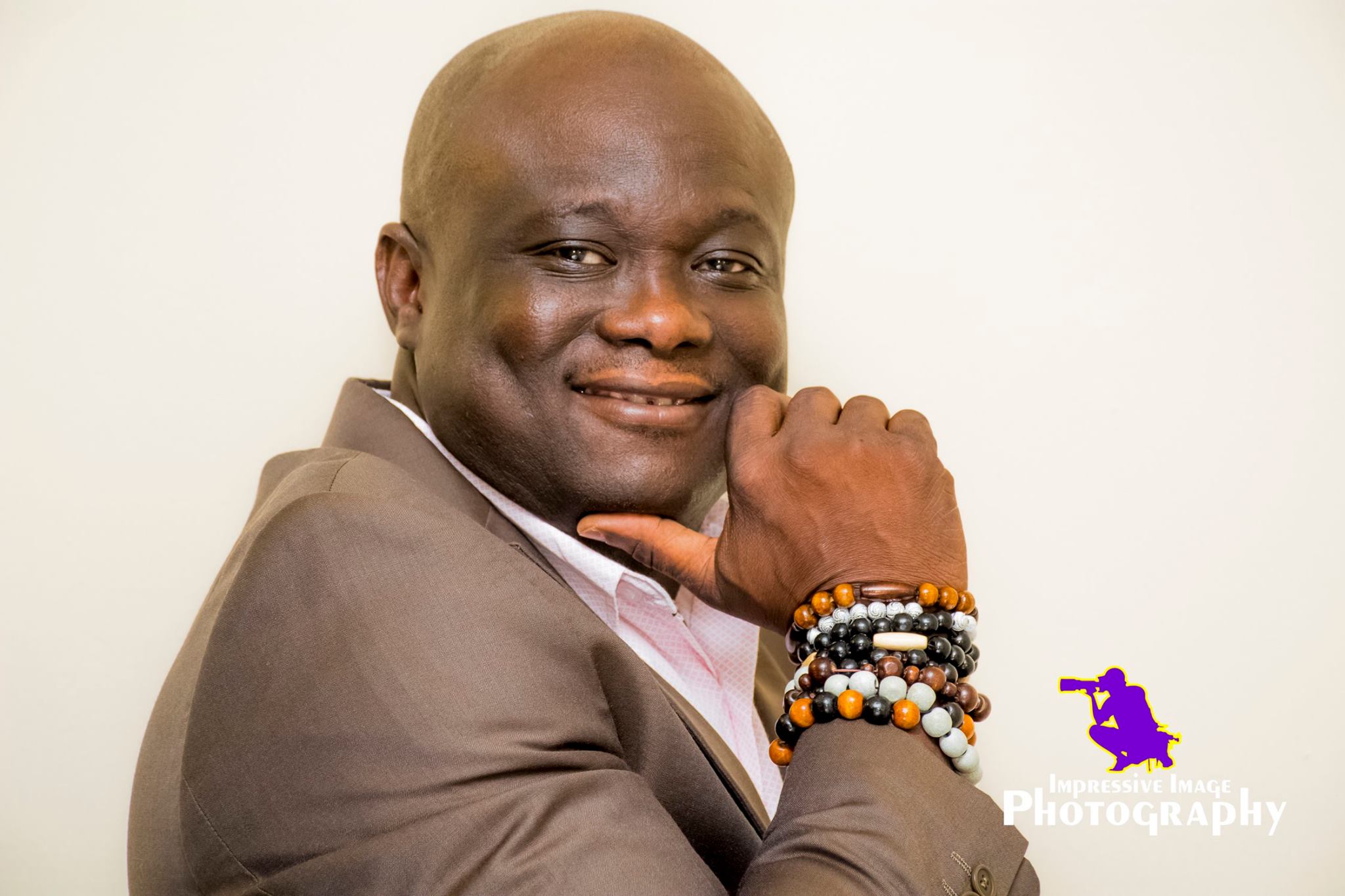 The Nigerian Community in South Africa is calling on, His Excellency, the Vice President of the Federal Republic…