No fewer than 53 Nigerians have been killed in South Africa and 14 other countries within three years, data compiled by Daily Trust has shown.

The data showed that the 53 Nigerians were either shot, stabbed, or burnt alive, some of them by the police and other security operatives.

According to the data, 11 people were stabbed to death, 19 gunned down, 2 burnt, 20 killed by the police, while another 2 died mysteriously.

Of the 53 people killed, 23 were in South Africa between 2018 and 2021; nine died during an airstrike at a camp in Libya in 2019, four each were killed in Ghana and the United Kingdom in 2018, two each killed in the United States and Malaysia.

The data also revealed that at least one Nigerian has been killed in Sudan, Kyrgyzstan, Cyprus, Mexico, Indonesia, Ukraine, Ireland, and Italy.

The most recent incident was the murder of Rita Amenze, 31, who was allegedly killed by her 61-year-old Italian husband, Pierangelo Pellizzar, penultimate Friday.

According to reports, the estranged husband snuffed life out of Amenze after she filed for divorce.

Amenze arrived Italy through Libya in 2017 and got married to the Italian in 2018.

Pellizzar was alleged to have shot her four times in front of her colleagues at the parking lot of Mf Mushroom, a company where she worked, at 7:30am on Friday in Noventa Vicentina.

The Nigerian Ambassador to Italy, Mfawa Omini Abam; chairman, Nigerians in Diaspora Commission (NIDCOM), Abike Dabiri-Erewa, and the Nigerian Community in Italy, have asked the Italian authorities to investigate the killing and ensure that justice is served.

In South Africa, where the highest number of Nigerians were killed, Pius Ezekwem, 46, who owned a chain of bed and breakfast guest houses in King William’s Town in Eastern Cape Province, was killed on August 23, 2019.

It was alleged that Ezekwem was picked up by a team of eight South African policemen from a restaurant where he was having his meal, led to his home, and tortured to death in the presence of his South African wife and mother-in-law, in the guise of being interrogated.

The murder happened almost every month, and in some cases, more than one Nigerian was killed from gunshot or tortured by robbers. Some died during the xenophobic attack or by the country’s policemen.

Another incident was when a 17-year-old secondary school student, Chinonso Obiaju, was killed in a suspected xenophobic attack in Johannesburg on July 20, 2019.

Obiaju reportedly went to buy an item from a shop with his friend when a gunman opened fire on them, killing him and left his friend critically injured.

A week earlier, Martin Ebuzoeme was gruesomely murdered in Yeoville, Johannesburg about 7:30pm on July 12.

Before the July 12 killing, there was the assassination of Mr Ozumba Tochukwu-Lawrence by an unidentified gunman at 10 Koppe, Middleburg, Mpumalanga on July 6.

It is estimated that more than 800,000 Nigerians, mostly young people, are currently residing in South Africa.

The president of the Nigerian Citizens Association, South Africa (NICASA), Mr Benjamin Okoli, said they had adopted a strategy that drastically reduced the killing of Nigerians in that country.

“Violence against Nigerians by the South African police has drastically reduced. In the past, we used to have situations where the police were involved in the killing of our people, but such scenarios don’t play out now. We were able to change the narrative.

“Last year, we secured the conviction of South African police who shot a Nigerian dead. He is currently serving his term in prison.

“Recently, we secured the conviction of another policeman as well. He was involved in the killing of a Nigerian in KwaZulu-Natal. A court of competent jurisdiction found the policeman guilty of murder and sentenced him. He is currently serving his term.

“This is part of what we are doing to stop the unlawful killing of Nigerians in South Africa. And with all fairness, the government of the host country now handles the matters of Nigerians with care,” Okoli said.

He also said they were engaging Nigerians in community meetings, where they discuss issues that affect their members and imbibe the culture of discipline and brotherhood.

“We change the narrative through town hall meetings and the media, especially the social media where Nigerians are very active.

“We always preach to them to keep away from any situation that will put them into trouble, death, or anything that will harm them. With this, the involvement of Nigerians in crimes has also been drastically reduced. The narrative has changed and Nigerians are going about their lawful businesses,” he added.

The head of media and public relations of the NIDCOM, Abdur-Rahman Balogun, said the circumstances that led to the killing of the Nigerians abroad varied from country to country.

He said that in South Africa, the killing of Nigerians was mostly xenophobic or business-related, in Italy it is love, marriage, and divorce, while it is related to drugs and cultism in Cyprus.

“Our advice for Nigerians wherever they find themselves is to be good ambassadors of Nigeria and respect the rule of law of their host countries,” he said.

On what effort the federal government is making to end the killings and secure justice for the families of the deceased, he said, “One good thing is that all these cases are being investigated.

“On the most recent one in Italy, the estranged husband has been arrested; and the attorney-general of Nigeria, Abubakar Malami, will take it up because it has judicial implications. The Ministry of Foreign Affairs is also doing the needful,” he added.

‘Hatred against our people on the rise’

Some experts who spoke to Daily Trust Saturday expressed different views on why Nigerians are being attacked.

Muhsin Aliyu, a medical doctor in the UK said some of the attacks on Nigerians were self-induced.

“We have thousands of Nigerians who have no business going abroad but they would do everything to leave the country and by the time they get to their destination, they find it difficult to survive.

“Again, you discover that our people are being looked at with disdain…Those living well without any fear are the professionals,” he said.

Samuel Elu, who imports vehicles from Germany, said Nigerians are seen as suspects in many countries.

“And that is why citizens of those countries don’t really value our lives. They think nothing will happen even if they kill us.”

A diplomat, who does not want to be named, said Nigerians need more protection abroad and this can only be achieved through diplomatic means.

“What do you think will happen if miscreants kill an American or a Briton doing legal business in Nigeria? There would always be consequences.

“So, while it is important that we make life easy for our people to discourage them from going out in search of greener pasture, we should also put our act together in terms of the action we take against any country that treats our people with disdain,” he said.

This article was previously published on Daily Trust 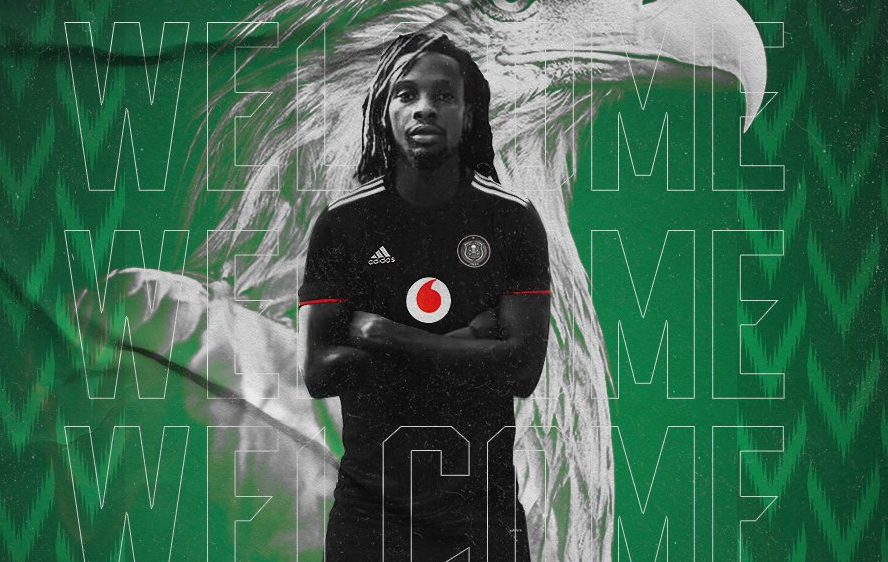 Orlando Pirates Football Club is pleased to announce the signing of Olisa Ndah, who joins from newly crowned… 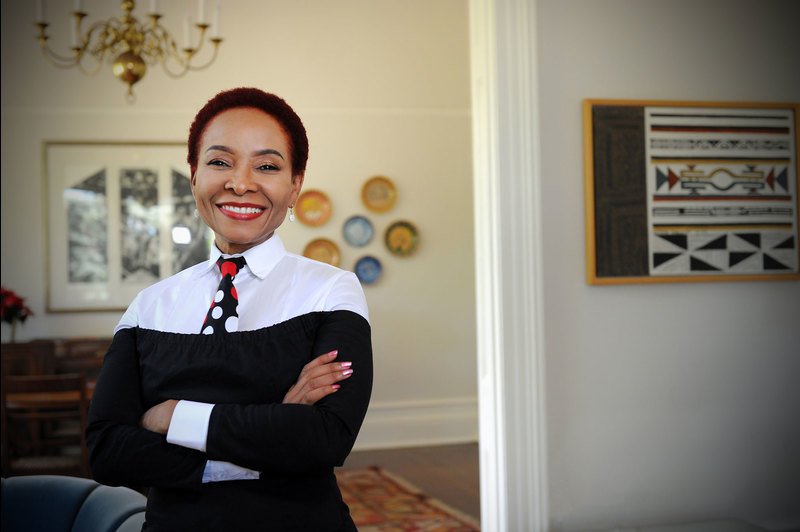 Nigeria and South Africa must join forces for Africa’s future

During a virtual engagement session with a delegation of eight senior Nigerian foreign ministry officials, University of Cape… 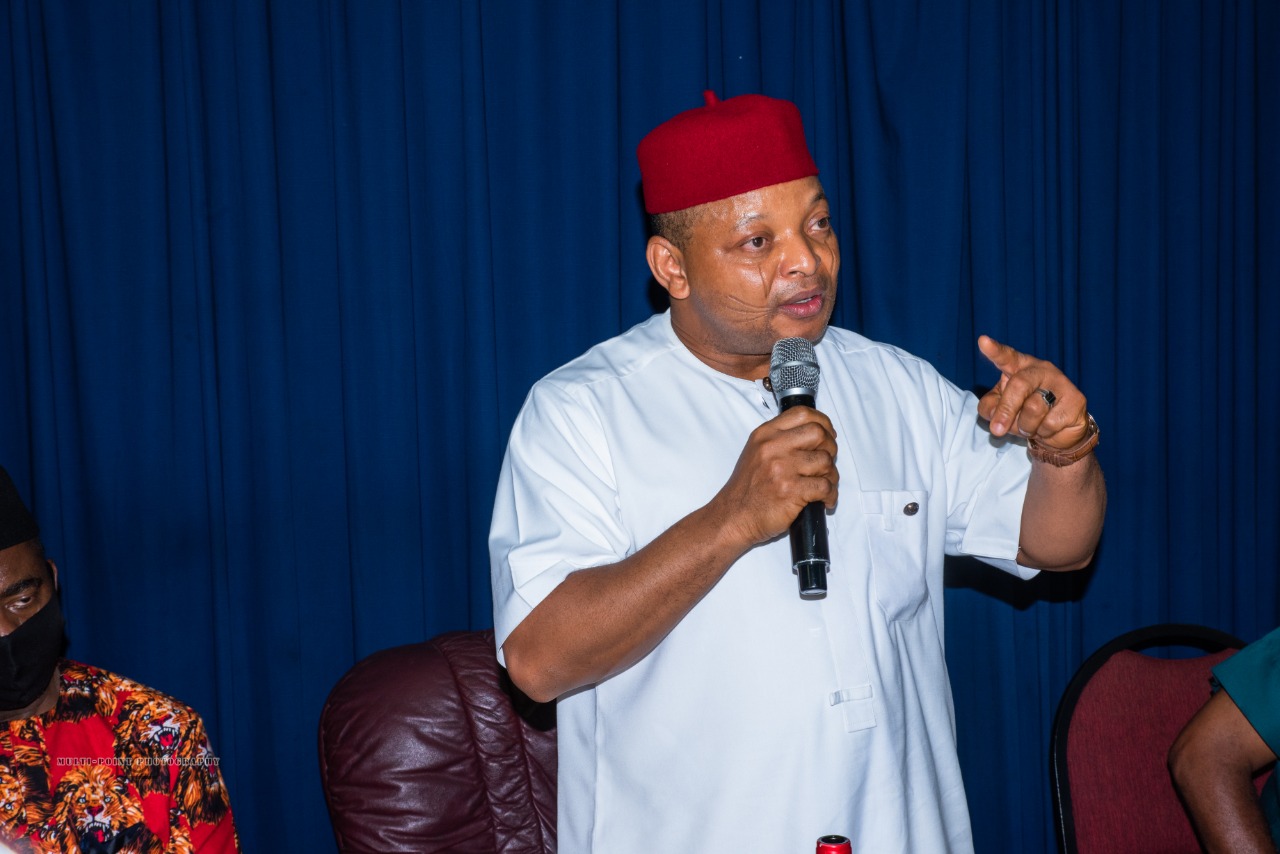