Notable philanthropist and advocate for youth inclusion in governance, Emperor Chris Baywood-Ibe, has said the time has come for Nigeria to walk the path South Africa walked in the pursuit of genuine reconciliation.

Baywood-Ibe, who is a chieftain of the All Progressives Congress (APC), regretted that the country has been saddled with enormous challenges leading to separatist agitations.

He stressed that the socio-economic challenges bedeviling the nation were eroding patriotism among Nigerians.

The APC chieftain spoke to journalists against the background of concerns about political realignments going on in the country and the chances of young people to participate fully in the electoral process.

He called for greater unity among Nigerians, noting that unless Nigerians join hands together to confront the challenges of insecurity and dwindling social welfare, the hope of a more prosperous and stable country would be dashed.

He urged leaders across political parties to avoid extreme partisanship and seek the greater good of the country, pointing out that the challenge before every citizen was how to preserve the country’s economy and bequeath a better country to future generation.

Baywood-Ibe, who is also the founder of Baywood Foundation, a non-governmental organisation geared towards youths and women empowerment, disclosed that failure to integrate the youth into decision making processes and governance in Nigeria remains one of the greatest failings of the country’s leaders.

As a way out, he advised that “they (leaders) should do something akin to what they did in South Africa through reconciliation.”

He added: “You must bring the Igbo, other marginalised ethnic nationalities and demographic groups together and pacify them. Let them know that we are one. You must let them know that they are not relegated, and that whatever happened in the past is past.

“It should not be mere political talk; you have to show it genuinely, woo them and give them that impression. Not just the impression, let them see that you have confidence in them and that working with you will make a better polity.”

On the recent calls that he should join the 2023 Presidential race, Baywood-Ibe said he has accepted the challenge, stressing that it was imperative that Nigeria injects fresh ideas into governance to move forward.

He disclosed that working together with other like-minds in Enugu State, APC has proven to be a credible political platform to mainstream the yearnings of the people of Southeast.

“It is time now to let our people know that love it or hate, you must play in mainstream politics. You do not care who is there, whether it is Muhammadu Buhari or a Baywood, it is not important.

“If you exclude yourself from mainstream party, you are almost doomed; it is winner takes all,” he asserted.

This article was previously published on Guardian Nigeria

The biggest culinary TV show of all time, with over 60 adaptations, famous guests, and world-renowned judges returns… 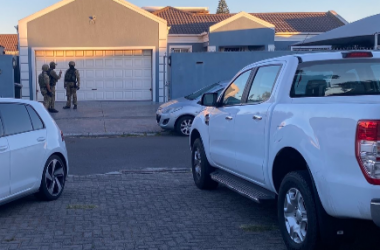 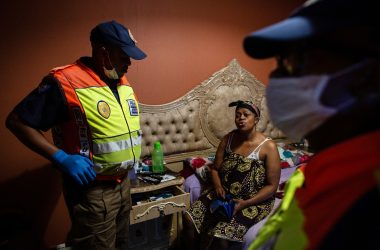